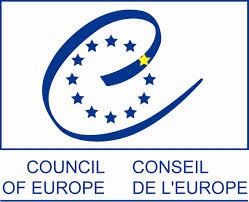 Legalisation of euthanasia for children in Belgium : Written declaration No. 567Considering the December 2013 vote in the Belgian Senate to approve by 50 votes to 17 a proposal to legalise euthanasia for children (without any age limit);Bearing in mind that:- the Committee of Ministers welcomed in this respect paragraph 9 (c) of the Parliamentary Assembly Recommendation 1418 (1999), to “encourage the member States of the Council of Europe to respect and protect the dignity of terminally ill or dying persons in all respects by upholding the prohibition against intentionally taking the life of terminally ill or dying persons”;- the Assembly, in its Resolution 1859 (2012) stated that “Euthanasia, in the sense of the intentional killing by act or omission of a dependent human being for his or her alleged benefit, must always be prohibited”,the undersigned members of the Parliamentary Assembly are of the opinion that this vote in the Belgian Senate:- betrays some of the most vulnerable children in Belgium by accepting that their lives may no longer have any inherent value or worth and that they should die;- mistakenly assumes that children are able to give appropriate informed consent to euthanasia and that they can understand the grave meaning and complex consequences associated with such a decision;- promotes the unacceptable belief that a life can be unworthy of life which challenges the very basis of civilised society.